What Makes a Safety Checklist Effective? 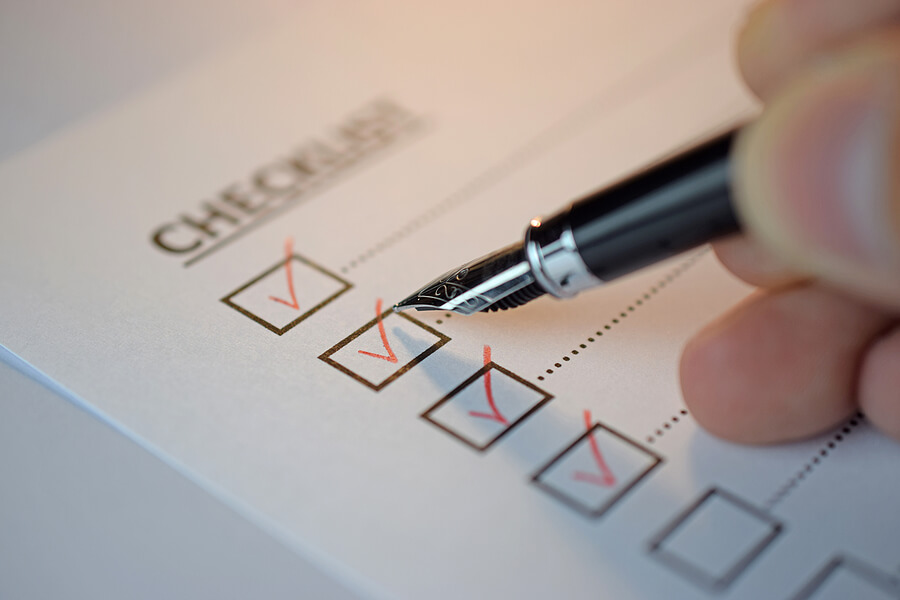 When it comes to safety, checklists are often used to allow people to perform inspections of jobsites, make sure that the proper equipment for a task is available, to select proper PPE and more, but are they the best tool?

In the hands of a trained, competent person checklists can be useful. They help ensure that everything that needs to be done has been done and serve as a record of the tasks that were performed.

However, many times checklists are used in situations where the person filling them out isn’t properly trained and, therefore, is relying on the list as their sole guidance. This is where you can get into trouble.

First, it’s an admission that the person you’ve entrusted to do something safety-critical is not properly educated or experienced to perform the task you’ve asked them to perform.

Second, because of their lack of knowledge, they’ll be limited to what is on the list and that can be a major issue. Hazards not previously identified could go unnoticed while variations on hazards that were identified also could be missed, simply because the person performing the task doesn’t understand the real reason behind the item on the checklist.

If you choose to use a checklist, it’s important that you ensure that its use is beneficial, efficient, and, frankly, legally ironclad. In the end, this will be a document that is discoverable if a lawsuit arises from an injury or fatality. Can you, as an individual or your company, legally defend the inspection that was done…or the person who performed it?

To help you ensure your checklist is effective and adequate, let’s look at what should be on a checklist so it’s beneficial to your company and that it helps you in the event of an OSHA inspection or lawsuit.

Who Performed the Inspection?

Pretty much every piece of paper you produce is discoverable in case of a lawsuit. A checklist is no exception. When you produce a checklist that was related to an injury or fatality, it’s going to be scrutinized by the opposing legal team. Sure, whether or not it identified the hazard is going to be an issue, as is what was the action taken to correct the hazard was, but possibly more important than either of those will be the question of who performed the inspection. Be prepared for a deep dive into that person’s background. What is their education in safety? What is their experience with the type of work being performed? Why did you, as a company, select them to perform the inspection? Did you give them any authority to effect change? As you can imagine, if you told Joe the Intern to walk around with a clipboard checking boxes, you’re going to have a hard time defending it.

To this end, make sure that any checklist you use includes the name of the person who performed the inspection. This will allow you to have that information readily available and to defend the credentials of that person. If you’re thinking that leaving off the name can protect you by preventing the opposing legal team from discovering who performed the inspection, think again. That information is sure to come out during depositions. If you’re thinking that by not putting a name on there you could always say that somebody more qualified did the inspection, ask yourself why that more qualified person wasn’t assigned in the first place.

When Was the Inspection Performed?

It may seem inconsequential but noting the date and time of an inspection is essential. If you are being inspected by OSHA, defending your company from a lawsuit, or performing your own internal investigation, an inspection done just prior to an incident is extremely different than one performed just after. An inspection checklist completed a month before an incident could be completely irrelevant because of how dramatically things change minute to minute on a construction site. Are all your inspections performed the same time of day? What if that time is after lunch but most of your concrete pours are complete by then, for example? Are you getting an accurate snapshot of what is happening on site?

What Were the Conditions of the Site During Inspection?

Sure, the activities taking place during an inspection are important and should be noted, but what sometimes gets lost are the conditions in which those activities were taking place. For instance, crane picks on a windy day require significantly different safety consideration than on a calm, clear day. Rain, thunderstorms, daylight, or lack thereof, and temperature are all factors that contribute to - or detract from - the safe performance of your work. When needing to refer to an inspection checklist, a weather condition that seemed inconsequential at the time, could turn out to be critical information.

Where Was the Inspection Conducted?

Clearly, it’s important to know at which jobsite or facility an inspection was performed, but more details could be necessary. Did you focus on a rooftop inspection because that’s where the majority of the work was taking place that day? Did your time only allow an inspection of the first few floors or just the north end of the project? It’s important to, at the very least, get a good representative sample of the work being performed when you do an inspection, but let’s be honest – things happen. Perhaps there was a critical discovery of a violation halfway through your inspection that consumed the rest of your day. If so, noting which parts of the job were inspected and/or which parts weren’t is important information.

Why Was the Inspection Conducted?

Not all inspections are the same. Some are performed because concerns at the jobsite warranted a thorough review of what was occurring while others are simply scheduled as part of your regular safety program. Still, others are scheduled as a result of an incident or near-miss. Understanding the reason why you performed a particular inspection gives insight into the observations, findings, and follow-up actions.

How to Record the Data

Now, finally, you can get to the meat of the inspection. A checklist should be thorough to help ensure nothing gets missed, but in doing so you are going to create a piece of paper with a lot of information on it. Ensure that the information is organized and categorized for ease-of-use – from both the inspector’s and the reader’s perspectives. Many inspection apps will allow you to turn off sections of your checklist if they are not applicable (or at least select N/A for the entire section with one click). If you have the means of attaching photos, this is always beneficial. It gives the reader a visual so they don’t have to figure out what you are referring to or could help pinpoint an exact location. If somebody other than the original inspector is performing a follow-up, photos help them see if issues have been addressed or not.

And don’t forget notes. If I check “Non-Compliant” for Ladder Safety, what was non-compliant? Was the ladder damaged? Was it too short for the job? Was it the wrong type of ladder? Was the user standing on the top rung? Was the ladder not secured? Was it on uneven ground? Was it at the wrong angle? Was it one ladder, three ladders, or every ladder on the jobsite? Even with an extremely detailed checklist, there will always be a reason to add notes.

Checklists are only as good as the person using them. If the limit of their knowledge is beyond the checklist, then the list can serve as a good tool to help ensure nothing gets missed. If the checklist itself is beyond the limit of their knowledge, the checkmarks they’re jotting down probably aren’t worth the paper they’re being written on. As with everything else safety related, begin with training. Don’t arm your people with lists without first arming them with knowledge. 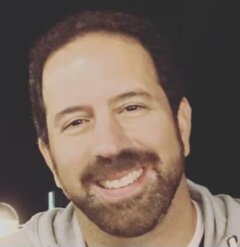 John Braun is one of the owners and the CEO of Signature Safety, an EHS consulting firm in operation since 2009. John has been in the EHS field for more than 19 years. He achieved his CHST in 2005 and his CSP in 2010. Though he focuses on construction, his background includes manufacturing, recycling, and warehousing facilities as well. John holds a Bachelor's degree in English from The College of NJ.