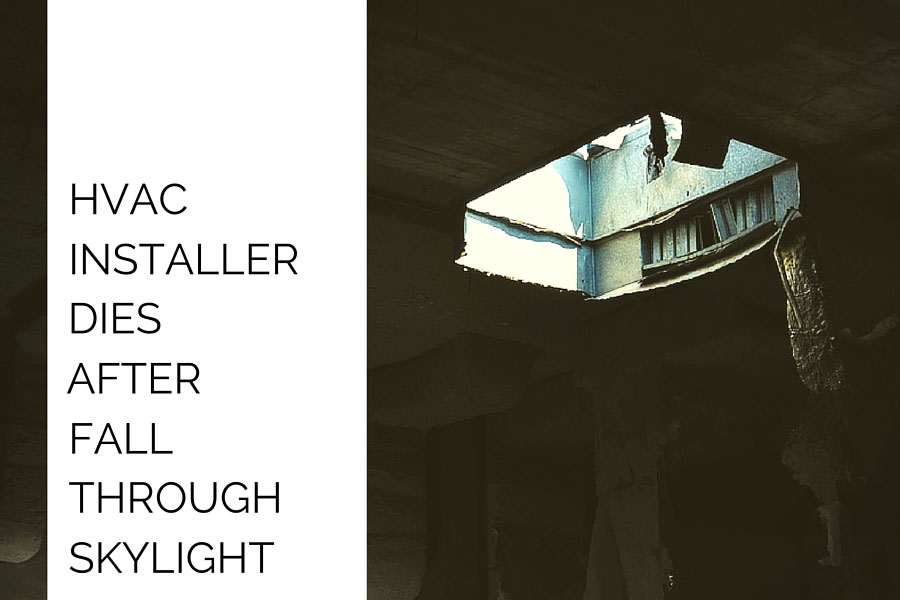 Recently, we posted an article on the common hazards found during rooftop HVAC work.  In it was stated, “Routes of travel that take you past skylights or near the edge of the roof have now exposed you to fall hazards.”  This is not an empty warning.  Skylights are a hazard often overlooked during rooftop work, especially in the planning phase.  If they’re thought about at all, it’s usually when a worker is already on the roof trying to figure out how they can possibly stay away from them.  It doesn’t take more than a cursory search on the internet to come up with a recent article in which a worker lost his life from a fall through a skylight.

In this particular instance, a 39 year-old HVAC worker lost his life after falling through an unprotected skylight.  He had been attempting to free a saw blade that was stuck in the metal decking when he lost his balance.  The fall was 15’ to the concrete pad below.

There are a number of things to take away from this tragedy:

Without a doubt, the workers in question went on the roof that day expecting to do some work, finish the job, and go home.  For one young man, that was definitely not the case.  What’s worse is that through the investigation, OSHA determined it was appropriate to issue the contractor a willful citation – meaning they knew about the hazard and failed to protect their employees.  This incident was preventable – this death was preventable.  Don’t overlook skylights as a hazard that could cost one of your employees their life.