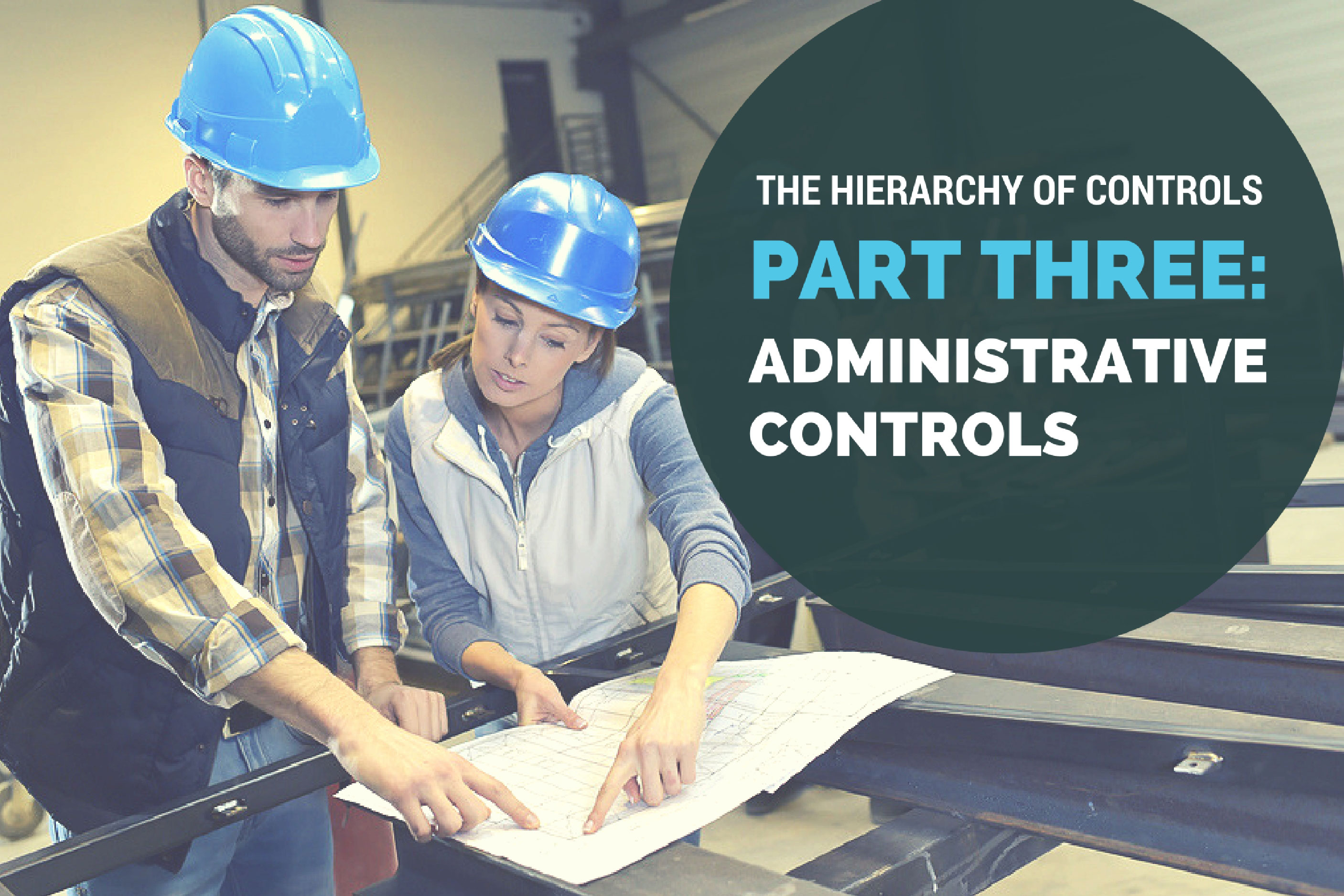 In the first two articles on the Hierarchy of Controls, we discussed controls that were intended to mitigate hazards at their source either through elimination, substitution, or an engineering solution that made it so the employee was no longer exposed.  With administrative controls, we take a little bit of a turn from that approach. At this point in the hierarchy, the reality is that the hazard is one that must be – or can be – lived with, so long as certain precautions are taken or certain levels of exposure are not exceeded.  Administrative controls, which may be used in conjunction with engineering controls and/or PPE, would also be required if work was to continue while engineering controls are being developed.  Ultimately, though, administrative controls are not the optimal solution and cannot be the selected method of abatement if a hazard, or employee exposure to that hazard, can be eliminated.

Examples of administrative controls are fairly simple: warning alarms, for example, are just that – alarms that let you know when something isn’t right.  An alarm might notify you of something as common as a guard being left open on a machine in a manufacturing process or it might be on the rotating structure of a crane working near power lines that could not be de-energized, to let you know you cannot swing any further.  Obviously, neither of these by themselves would eliminate a hazard, but they would provide an employee with a warning.  A more effective approach for the guard would be an engineering control: to have an interlock that prevented the machine from running when the guard was open. Without it, an employee could ignore the alarm and reach into the machine.  For the crane, the alarm would not prevent the crane from swinging closer to the power lines.  Instead, you are relying on the operator to heed the warning.

Labeling systems would also be considered administrative controls.  We see safety labels everywhere, but clearly they are not sufficient to protect workers.  Labels are often used along with other controls to keep employees safe.  Warning of high voltage, a certain chemical in use, or that an area is a high-noise area, among many other things, labels act as a good reminder for workers not to enter areas in which they do not belong, to follow certain procedures, or to wear certain PPE.  They, alone, will not protect a soul if they are not heeded by the employees.

This brings us to another form of administrative control: training.  You can put as many engineering controls in place as you want, you can require PPE, you can warn of hazards in an area, but if you don’t train your employees how to comply with the safety requirements, controls can still be bypassed.  Somebody who is not trained on the dangers of entering a high noise area may think it’s really not that big of a deal, for instance.  Perhaps you’ve substituted a non-silica product for sand in your sandblasting operations, but you still need sand in your facility for other applications.  If you don’t train your employees on the hazards of silica as well as what your new procedure is, how will they know to use the safer product (or why will they bother if they can’t find any, but sand is readily available)?  You may not have realized that training was an administrative control, but hopefully you’ve been using it all along.

One final method that needs to be discussed is a little more on the complicated side, compared to other administrative controls.  Reducing the amount of time somebody is exposed to a hazard can be an effective control, but it’s not as simple as placing a sign or adding a warning alarm.  For instance, hazards like noise and chemical exposure are often given permissible exposure limits (PELs) by OSHA that are measured in time-weighted averages (TWAs).  So for instance, Carbon Monoxide (CO) has a PEL of 50 parts per million (ppm).  This does not mean that the moment somebody is exposed to Carbon Monoxide in an amount greater than 50 ppm they are going to die, it just means that when you average out the amount an employee is exposed to over the course of an eight-hour day, it needs to be below 50 ppm.  There are also Short-Term Exposure Limits (STELs) and Action Levels (ALs) to be concerned with, and though we can see that determining an allowed exposure time might be a bit involved, we’d need more room/time than this article allows to go into detail on it.  Suffice it to say, as long as employee rotation through a job can keep the employee under all applicable limits, then it is an acceptable solution. While CO has a limit, in many cases, employers would find the source of emission and eliminate it because CO is much too dangerous.  A more common application of controlling exposure time might be in a high noise area or a hot work area.  By rotating other workers into these areas throughout the day or by simply putting a cap on the amount of time spent in them, workers can be kept below the allowable exposures for noise or heat.

Administrative controls can be simple, but remember, they are often not the best or sole solution.  Using administrative controls should almost always be looked at in the context of other controls that are being put in place to determine how they can be paired to provide employees with the best actual protection possible.  Now, with elimination, substitution, engineering controls, and administrative controls covered, we are left with one final level of the hierarchy in the next article: PPE.  Yet, if it’s the final level of the hierarchy, why is it that it is so often the first solution employers turn to?  The final article in our series will explain just that.