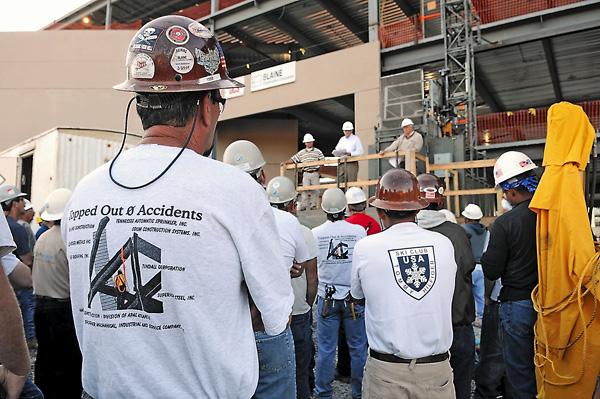 A couple of days ago we reported that the State of Tennessee was promoting a safety stand down to teach workers across the state about the importance of fall protection.  The event appears too have been very successful.  900 different job sites, representing 120 different companies and 19,000 workers participated in the safety event.

Heres a sample of the article:

Officials say the event was held this week because construction accidents typically rise in the months of June, July and August as the number of construction jobs peak in the summer.

"It's not only a state issue, it's a national problem," Kim Enoch, director of safety and loss control for Associated General Contractors said. "Almost every craft in construction is subject to fall hazards."

The most common causes of fall-related injuries are unprotected sides, wall openings and holes; improper scaffold construction; and misuse of portable ladders.

Read the rest of the article here.  Kudos to Tennessee in leading the way in raising awareness about about third leading cause of death in the workplace.