What's the Difference Between Class A and Class B Self-Retracting Lifelines? 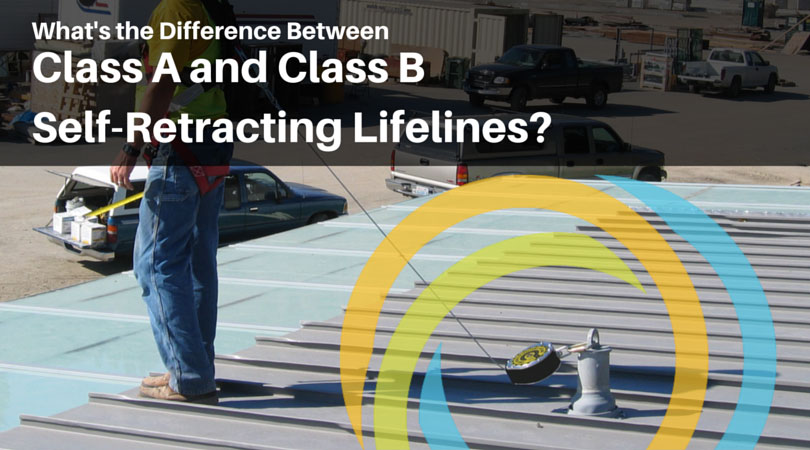 Way back in August of 2012, a new ANSI standard was released that addressed the use of retractable lifelines for personal fall arrest and in rescue situations. These self-retracting lifelines had been in use for quite some time and, as they had gotten smaller, lighter, and more inexpensive, they had also become more commonly used. ANSI’s standard ANSI Z359.14-2012 provided previously undeveloped guidance on performance, design, testing, markings, instructions, inspections, maintenance, storage, and remove from service of retractable lifelines. In so doing, ANSI also created two classes of retractables, which they called A and B.

Now, for the uninitiated, ANSI the American National Standards Institute does not write the law. That is OSHA’s job. What ANSI does do, is write guidance standards for various products. From there, manufacturers tend to voluntarily adopt the standards for use in their testing (and, if a company has an incident as a result of their not meeting a published ANSI standard, OSHA will most likely want to know why they weren’t meeting the standard). Many companies will voluntarily adopt ANSI standards as “best practices” and OSHA will, eventually, incorporate many ANSI standards into the regulations by reference.

So, as noted, one of the key provisions of the Z359.14 2012 was that self-retracting lifelines would be divided into two categories A and B.Which category a retractable fell into depended on the results of dynamic performance testing.

What does this mean to you, the user?

The maximum arresting force probably won’t play into your planning very much. When worn with a body harness, both of these classes meet the OSHA requirement of limiting the arresting force on the human body to 1800 lbs. However, when planning your fall protection, the maximum arrest distance will figure into your fall distance calculation. Knowing which class your retractable is will allow you to use the proper value (24” or 54”) in your calculation. An extra two-and-a-half feet of stopping distance is significant. Planning for a Class A retractable when you are actually using a Class B could easily mean the difference before a fall being arrested safely and serious injury to a worker.

To make it easy, ANSI suggests that these classes should be listed on all product labels (which should be able to endure the life of the component being marked). While there’s much more to the Z359.14-2012 standard, don’t let the A and B classifications themselves confound you; they are important but simple. Now you know the difference. And, as a certain real American hero/toy used to say, “Knowing is half the battle.”